The Sensational Murder Case of Sister Abhaya – Timeline of Incidents

On 27 March 1992, Sister Abhaya, a nun of the Knanaya congregation and a resident of Pius X convent in Kottayam, was found dead in the well of the convent.

28 years later, a special CBI court has convicted two persons for the murder, from the same church in which the victim Sister Abhaya was a nun. Primarily, there were three accused in the case i.e., Father Thomas Kottoor, Father Jose Poothrukayil, and Sister Sephy.

The victim and accused belong to the Knanaya Catholic Church, headquartered in Kottayam. At the time of her death, Abhaya had been a pre-degree student in the college run by the Catholic Church where Father Kottoor, who was also secretary to the Bishop, taught psychology. Sister Sephy stayed in the same hostel and was its de facto in-charge. In 1992, the Pius X Convent Hostel had 123 inmates, including 20 nuns, when the incident happened. 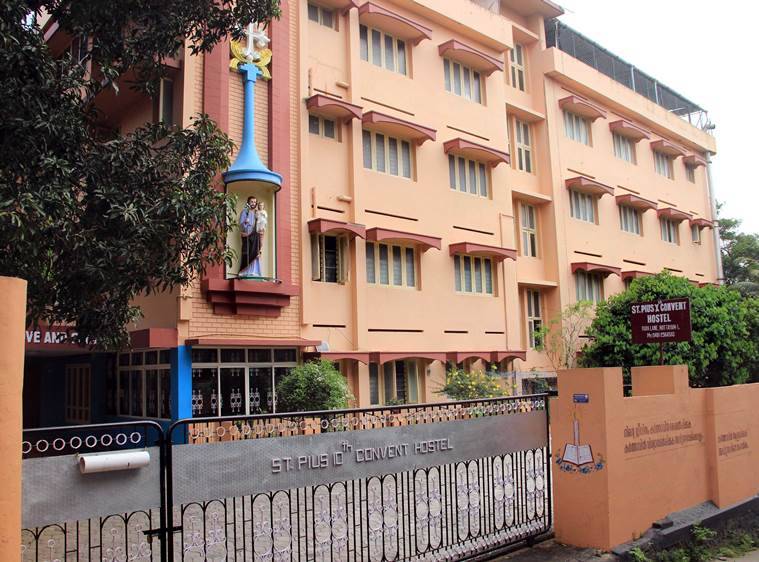 The 21-year-old Sister Abhaya was found dead in a well of her Kottayam hostel on 27 March 1992. Initially, the local police and the crime branch of the state police had reported it as a case of suicide. Sister Abhaya case has seen several twists and turns in the last two decades ever since her body was found. According to sources, various witnesses turned hostile while a thief became the key in nailing the accused. The turnaround in the case happened after public activist Jomon Puthenpurackal formed an Acton Council and managed to get the case reopened. Later, the High Court of Kerala transferred the investigation to the Central Bureau of Investigation (CBI) in 1993.

The first CBI team struggled to find the cause of death. Subsequently, a second-team was formed on the orders of the court, which found that it was indeed a murder, but there was insufficient proof leading to the perpetrators.

In 2007, Father Kottoor, Sister Sephy, and Father Jose Poothrukayil, another priest, were subjected to narco-analysis by the third CBI team, following which they were arrested on 19 November 2008, by Nandakumar Nair, Dy SP of CBI, who has pursued the case ever since. The two priests and sister Sephy were charged with murder, destruction of evidence, and criminal conspiracy on 17 July 2009. But the Kerala High Court found gaping holes in the CBI’s contentions and sought to monitor the case for a brief period. There also arose questions, separately, whether the narco-analysis reports and the forensic report of Abhaya’s swab examination had been tampered with. 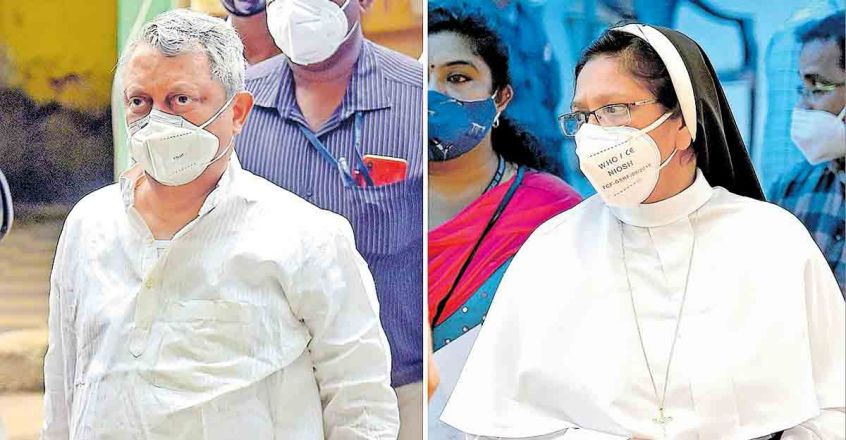 As per the CBI reports, Sister Abhaya was a witness to intimate contacts between Kottoor, another Father, Jose Poothrikkayil, and Sephy on 27 March 1992 when she went from her hostel room to the kitchen at around 4.15 AM. Reportedly, she had woken up for exams at 4:00 AM and was last known to have gone to the kitchen to have water. It was alleged that Sister Sephy panicked after Sister Abhaya had accidentally intruded upon her and the other two accused priests in a compromising position and in the spur of the moment, Sephy hit Abhaya with an axe meant for chopping firewood. After that, the three accused allegedly pushed the nun into the well while she was still alive.

According to the reports, a bottle of water was spilled on the floor and a single slipper was lying under the fridge in the Kitchen where the incident took place. The refrigerator door was left ajar. After a brief search, the body of Sister Abhaya was found in the well of the convent hostel in the early hours of the same day. The Kottayam West Police Station had initially reported it to be an unnatural death case. The fire force rescued the deceased from the well at 10:00 am and an investigation was drawn up. Dr. Radhakrishnan of Kottayam Medical College performed a post-mortem on the body and found abrasions on the right shoulder and hip and two minor lacerations above the right ear. No sign of sexual harassment occurred. The death was ruled as drowning, despite the potentially serious injuries.

Meanwhile, Father Poothrukayil who was a Malayalam professor at BCM College was exonerated last year, since no evidence was found against him. KT Micheal, a former officer of the Kerala police special branch, who was accused of destruction of evidence, was also discharged by the court last year.

Statement of the thief

In the wee hours of 27 March 1992, Adakka Raju had broken into the compound of Pius X Convent to steal the copper plate connected to the lightning arrester installed on the terrace. As he sat perched on a cocoa tree waiting to scale the wall, he spotted two priests climbing the stairway on the rear side of the convent. 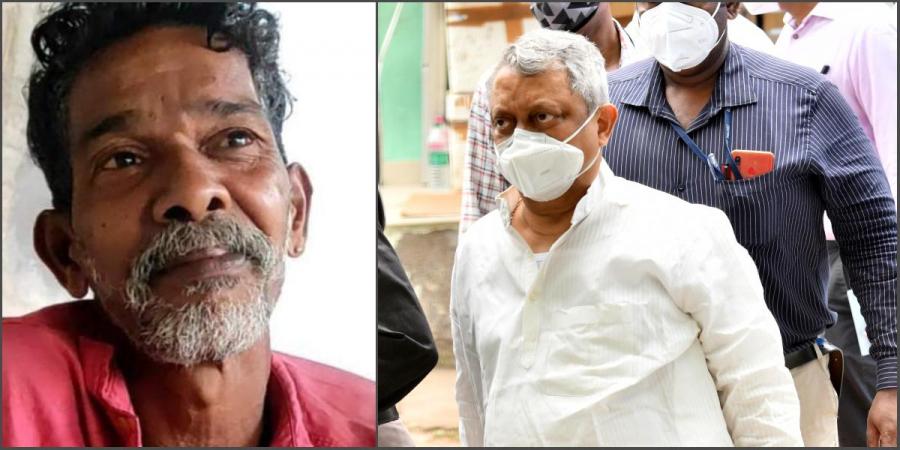 Years later, he identified one of them from the newspapers i.e., Father Thomas Kottoor, the first accused in Sister Abhaya’s murder on the fateful night in which he had gone to the convent. When Raju approached the investigating officers with his account of events, he was not prepared for what was to come. Various unsuccessful attempts were made to buy Raju off with huge amounts of money, the officials resorted to brutal torture to try and get him to confess to the crime.  However, Raju stuck to his stance, repeating in court what he had told the sleuths. At last, his statement paid off on 23 December 2020, when the court found Father Kottoor and Sister Sephy guilty.

On 22 December 2020, 28-years later, a special CBI court in Kerala’s Thiruvananthapuram delivered its verdict as it found Father Thomas Kottoor and Sister Sephy guilty. Father Kottoor was found guilty under Sections 302 (murder), 201 (destruction of evidence), and 459 (causing grievous hurt while trespassing) of the Indian Penal Code. Sister Sephy had been found guilty under Sections 302 and 201 of the Indian Penal Code.

The prosecution informed the court that the accused had gone to numerous lengths to destroy the evidence in the case and hide their sexual relations. Reportedly, Sister Sephy, the second accused in the Abhaya murder case had sought medical help in order to destroy the evidence and escape the murder charges. The medical examination of Sister Sephy revealed that she had undergone hymenoplasty surgery to restore her virginity, the prosecution had informed the court. 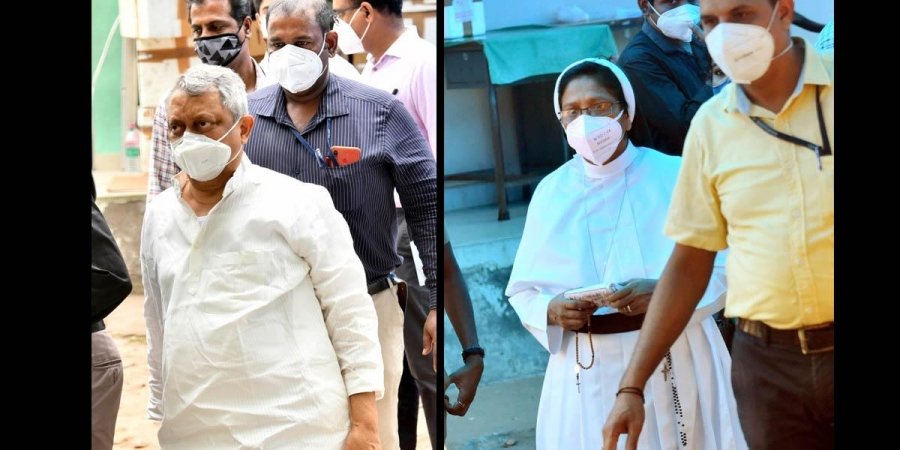 On the other hand, the defendants argued before the court that Sister Abhaya and her family had suicidal tendencies and that she committed suicide by jumping into the well. They further argued that Abhaya succumbed to the head injury that occurred from hitting on the rock inside the well.

Nevertheless, on 23 December 2020, Father Kottoor and Sister Sephy were sentenced to life imprisonment. The court also imposed a fine of Rs 5 lakh each on Father Thomas Kottoor and Sister Sephy, the first and third accused in the case, respectively. The court further awarded Father Kottoor additional life imprisonment and imposed a fine of Rs 1 lakh on him. The two have also been given seven-year imprisonment and a fine of Rs 50,000 each. All sentences will run concurrently. Another accused in the case, Father Jose Poothrikkayil, was discharged by the CBI Court last year. 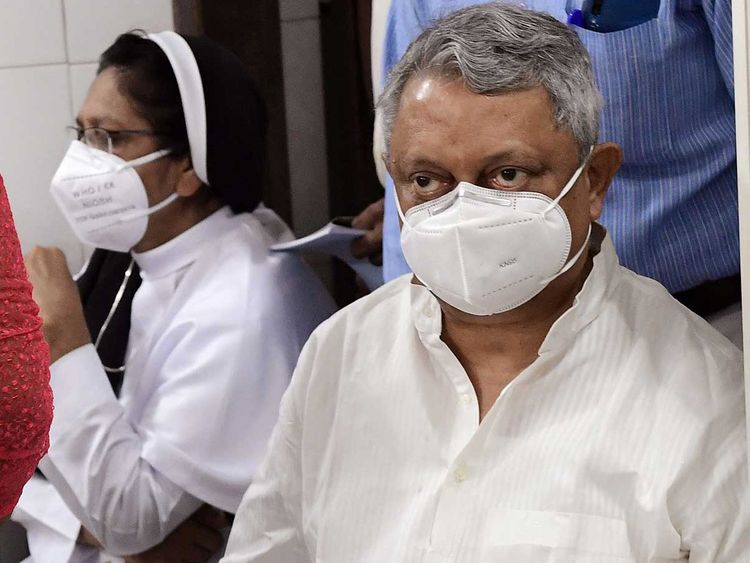 Sister Abhaya’s parents Thomas and Leelamma died in 2016, waiting in vain for justice for their daughter. Her brother Biju Thomas, who is currently abroad, said he was happy with the verdict.

Prime witness ‘Adakka’ Raju (the thief), whose statement turned out to be crucial evidence, said he was extremely happy that ‘‘my child got justice’’, while Abhaya Case Action Council convener Jomon Puthenpurackal said that truth could never be sabotaged.

This article is written by M Nikitha. The author can be contacted via email at nikitha@bnblegal.com

Status of consensual relationships in India

Crime of Human Trafficking in India