1. Short title and commencement.-(1) These rules may be called the Air (Prevention and Control of Pollution) Rules, 1982.

(2) They shall come into force on the date of their publication in the Official Gazette.

2. Definitions.-In these rules, unless the context otherwise requires:

(b) “Chairman” means the Chairman of the Central Board;

(c) “form” means a form set out in the Schedules;

(f) “Schedule” means a Schedule appended to these rules;

(g) “section” means a section of the Act;

(h) “year” means the financial year commencing on the lst day of April;

CHAPTER II : PROCEDURE FOR TRANSACTION OF BUSINESS OF THE BOARD AND ITS COMMITTEES

10. Order of business.-(1) At any meeting business shall be transacted in the order in which it is entered in the agenda circulated to the members under sub-rule (3) of rule 3.

(2) Provisions of Chapter 2 of the rules shall as far as practicable, apply to the meeting of the committee constituted under section 11.

12. Allowances.-A member of a committee other than a member of the Board shall be paid an allowance of rupees fifty if he is a resident of Delhi and rupees seventy-five (inclusive of daily allowance) and also travelling allowance at such rate as is admissible to a Grade I officer of the Central Government in the case of non-resident, for each day of the actual meeting of the committee which he attends:

PROVIDED that in case of a member of Parliament who is also a member of the Central Board, the said daily and travelling allowances will be admissible when the Parliament is not in session and on production of a certificate by the member that he has not drawn any such allowance for the same journey and halts from any other government source.

CHAPTER IV : TEMPORARY ASSOCIATION OF PERSONS WITH THE CENTRAL BOARD

13. Manner and purpose of association of persons with the Central Board under sub-section (1) of section 12.-The Central Board may invite any person whose assistance or advice is considered useful in performing any of its functions, to participate in the deliberations of any of its meetings or the meetings of a committee formed by it.

CHAPTER V : BUDGET OF THE CENTRAL BOARD

15. Form of budget estimates under section 34.-(1) The form in which and time within which the budget may be prepared and provided and forwarded to the government shall be as provided in Forms I, II, III and IV of Schedule I.

(2) The estimated receipts and expenditures shall be accompanied by the revised budget estimates for the current year.

(3) The budget shall, as far as may be, based on the account heads specified in Schedule II.

CHAPTER VI : ANNUAL REPORT OF THE CENTRAL BOARD

16 Form of annual report under section 35.-The annual report in respect of the year last ended giving a true and full account of the activities of the Central Board during the previous financial year shall contain the particulars specified in Schedule III and shall be submitted to the Central Government by 15th of May each year.

FORM II
CENTRAL POLLUTION CONTROL BOARD ESTABLISHMENT
Statement of details of provisions for pay of officers/establishment for the year 19…… 19…..
Rule 15

(j) Staff car and other vehicles

6. Payment for professional and special services

15. Expenses in connection with the setting up and maintenance of the Board laboratory

16. Other charges (a residuary head, this will also include rewards and prizes)

3. Fines and other receipts

2. Constitution of the Board including changes therein.

3. Meeting of the Board with major decisions taken therein.

4. Committees constituted by the Board and their activities.

10. Environmental standards including time schedule for their enforcement.

11.2 Directions given for closure of polluting industrial units.

12. Finance and accounts of the Board.

13. Annual plan of the following year.

14. Any other important matter dealt with by the Central Board.

1. Members of the Board.

The Manufacture, Use, Import, Export and Storage of Hazardous Micro Organisms Genetically Engineered ... 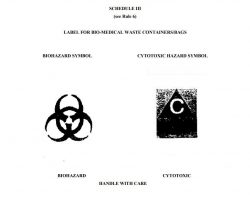 The Water (Prevention and Control of Pollution) Cess Act 1977