An Act to provide for certain matters relating to Fisheries 2***

WHEREAS it is expedient to provide for certain matters relating to fisheries{The words “in the Provinces” omitted by the A.O.1950}.

It is hereby enacted as follows:—

For law relating to Fisheries in—

3.Definitions.- In this Act, unless there is anything repugnant in the subject or context—

(2) “fixed engine” means any net, cage, trap or other contrivance for taking fish, fixed in the soil or made stationary in any other way: and

(3) “private water” means water which is the exclusive property of any person or in which any person has for the time being an exclusive right of fishery whether as owner, lessee or in any other capacity.

Explanation.— Water shall not cease to be “private water” within the meaning of this definition by reason only that other persons may have by custom a right of fishery therein.

4.Destruction of fish by explosives in inland waters and on coasts.- ( 1) If any person uses any dynamite or other explosive substance in any water with intent thereby to catch or destroy any of the fish that may be therein, he shall be punishable with imprisonment for a term which may extend to two months, or with fine which may extend to two hundred rupees.

(2) In sub-section (1) the word “water” includes the sea within a distance of one marine league of the sea-cost: and an offence committed under that sub-section in such sea may be tried, punished and in all respects dealt with as if it had been committed on the land abutting on such coast.

(2) The State Government may, by notification in the Official Gazette, suspend the operation of this section in any specified area, and may in like manner modify or cancel any such notification.

(2) The State Government may also, by like notification, apply such rules or any of them to any private water with the consent in writing of the owner thereof and of all persons having for the time being any exclusive right of fishery therein

(3) Such rules may prohibit or regulate all or any of the following matters, that is to say:—

(a) the erection and use of fixed engines;

(b) the construction of weirs; and

(c) the dimension and kind of the nets to be used and the modes of using them.

(4) Such rules may also prohibit all fishing in any specified water for a period not exceeding two years.

(i) the seizure, forfeiture and removal of fixed engines, erected or used, or nets used, in contravention of the rule, and

(6) The power to make rules under this section is subject to the condition that they shall be made after previous publication.

7.Arrest with out warrant for offences under this Act.- (1) Any police-officer, or other person {For notification under this section in Madras, see Fort St.George Gazette, 1903, Pt.I, p.19.}specially empowered by the State Government in this behalf, either by name or as holding any office, for the time being, may, without an order from a Magistrate and without warrant, arrest any person committing in his view any Ac offence punishable under section 4 or 5 or under any rule under section 6—

(a) if the name and address of the person are unknown to him, and

(2) A person arrested under this section may be detained until his name and address have been correctly ascertained:

Provided that no person so arrested shall be detained longer than nay be necessary for bringing him before a Magistrate, except under he order of a Magistrate for his detention. 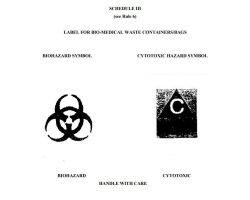