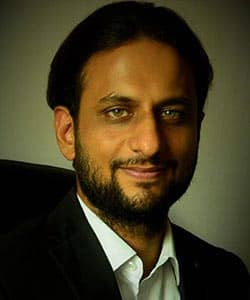 Dr. Samhotra is one of the finest brains at B&B Associates LLP. And is well regarded as an extremely dedicated Criminal law advocate in Chandigarh. With astounding dedication and proficiency, his matters are quite charily carried. Dr. Samhotra is registered with Punjab & Haryana High Court bar Association and is a member in good standing. Dr. Samhotra took up legal profession to make a difference in the despondent and impoverished lives; and to uplift the overall health of society. He believes in logical treatment of laws and never shies away from adopting revolutionary methods to set the system straight. His utterly dedicated and selfless service has touched many, including, Old Age Home, sector 30, Chandigarh.

Dr. Samhotra has two paper presentations, two poster presentations and two publications to his name and has been a prestigious Member at Toastmasters International, Chandigarh since 2015. A brilliant orator, he has also been contributing his services as Former Sargent at Arms & Vice President Public Relations; and is the Current Secretary – Toastmasters International, Chandigarh. His recent publication includes a paper titled “Orgin of the Constitution of India” published in a book on ‘Constitutional law’ bearing ISBN No. 978-81-941524-3-9 which bears a foreword by the former Chief Justice of India- Dipak Misra.